Finally after what seems like decades my LiPo control board has arrived in the mail! The power source for Robie is a power bank typically used for recharging mobile phones on-the-go. I somehow managed to destroy the previous control board during the process of extracting it from the plastic casing and mounting it in the battery compartment. So I ordered another one online. Until now Robie has been completely tethered to his USB power source.

Here's what the charging board looks like mounted in the battery compartment: 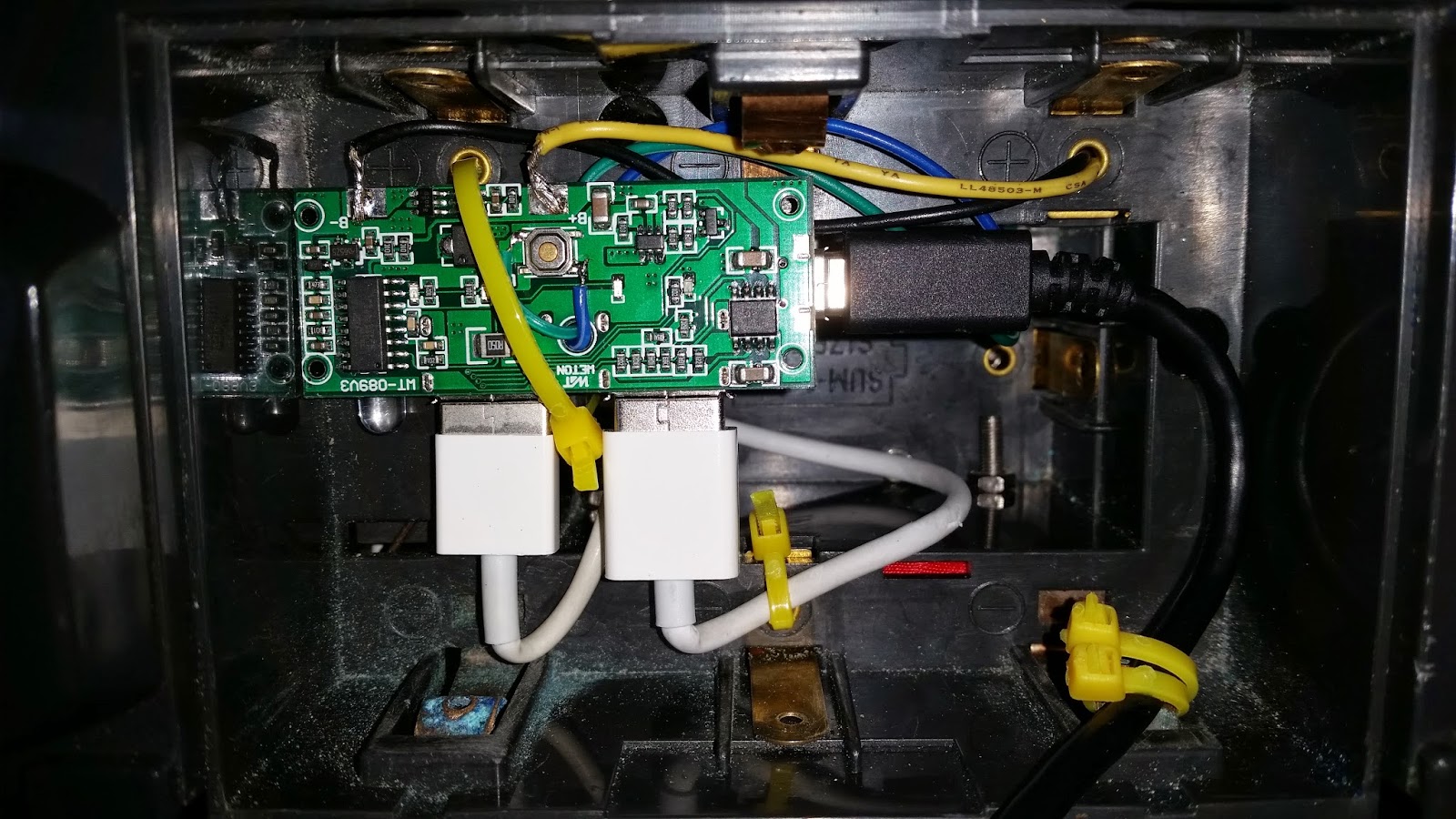 And another shot from a bit further away: 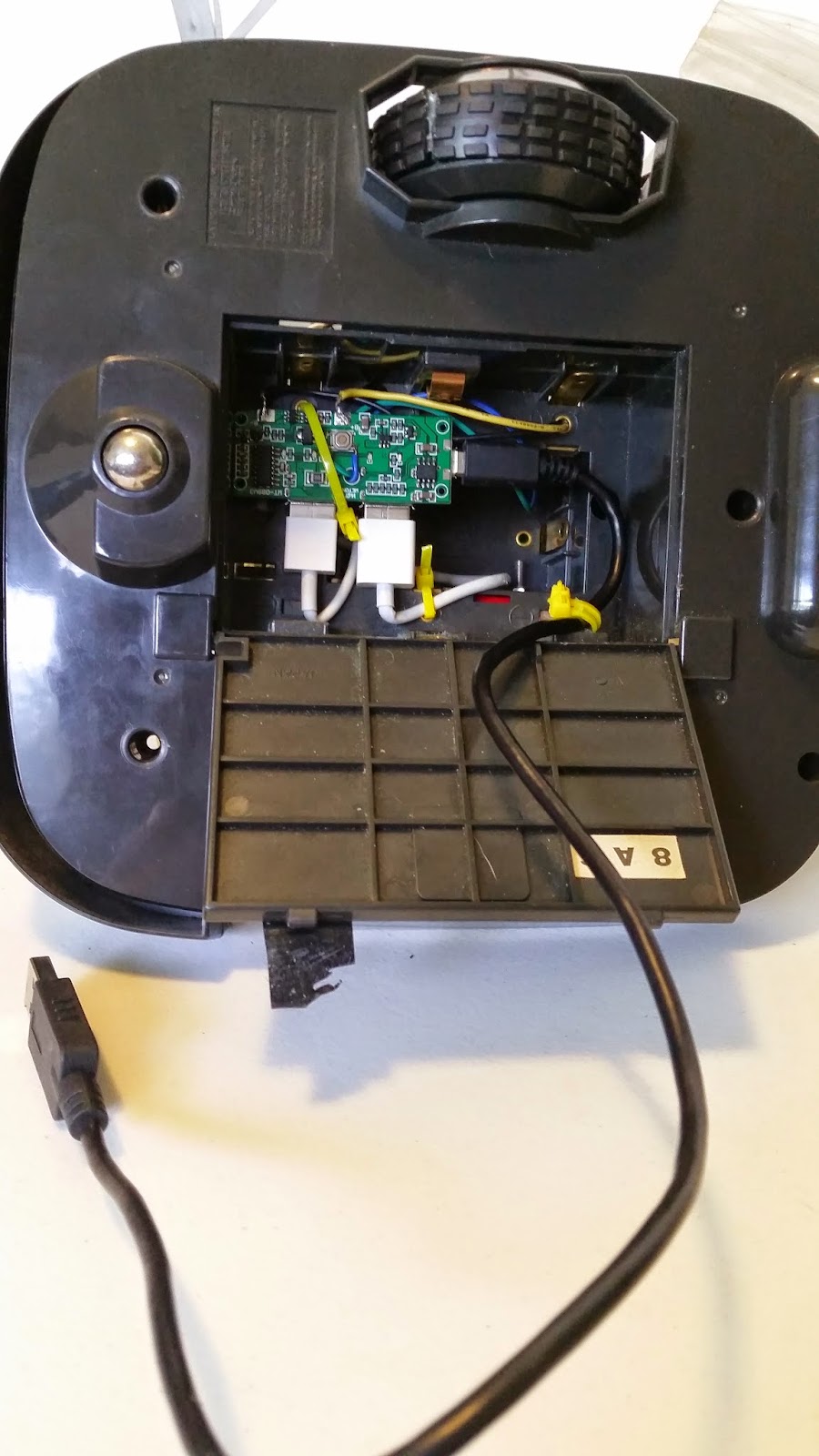 The reason it's mounted this way is for a very specific reason. Obviously there are the physical constraints of having the USB cables fit. But there is also the charging light indicators to contend with. If the board were flipped the other way I wouldn't be able to tell how full/empty the battery was.

The USB cable you see dangling in the photo is the charging cord. The idea is that I'll have it tucked in the battery compartment while not in use. I'm not doing that at the moment because the metal from the cord might short out the charging board. So Until I can glue some plexiglass or plastic in there as a barrier I'm going to keep the charging cable far away from the not-fun-to-replace charging board.

Speaking of the charging board it is a weird beast. These things are intended for cellphone recharging and not robots, so I guess it's to be expected. But one of the strange things with these boards is that they have a flashlight mode. So if you press the power button multiple times it turns on a bright LED. Weird, but manageable. Another weird thing is that the power button is a tiny push button soldered to the board. Naturally I didn't want to pop the battery cover every time I want to power up/down the bot. So if you look closely at the first photo you'll notice that I soldered some leads to it. Those get routed to a bigger button that I mounted on the back of the case. Easy breezy.

So now that Robie is no longer is chained to the wall I can drive him around the way he was meant: