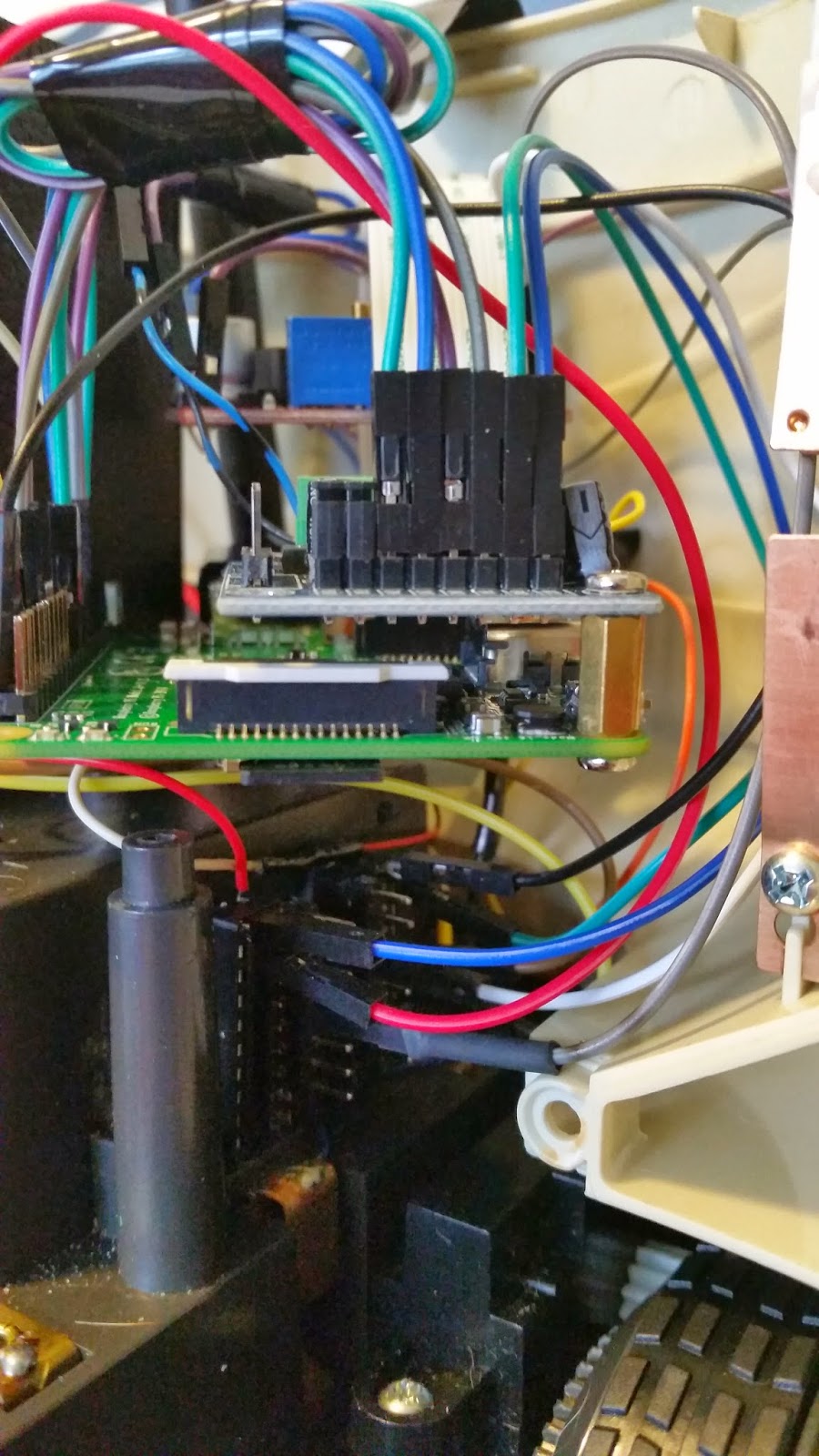 That little mess of wires there on the bottom part of the image is what I'm referring to as the positive and negative buses. A build such as this has numerous peripherals (switches, sensors, etc). And each one of those needs either a ground connection or a positive and ground connection. So this was my solution. I created a bus out of a chip socket. I soldered all the pins together on one side. Then I could plug in my wires on the other side. This makes for easy prototyping. It also makes for easy disassembly (vs soldering directly).

Well that was working fine until yesterday when I was trying to hook up Robie's arm switches. I started by removing all the ground and positive connections. When I plugged everything back in and booted him back up, I noticed the LED "eyes" were extremely dim and flickering. Hmm. I checked all of the connections. Everything was plugged in to the correct spot. So then I pulled the ground for the LED and plugged it in to a different slot on the bus. Bingo! Now the LED's were working again.

So basically my soldering job on the ground bus wasn't as great as it should have been. Either that or the pin wasn't making great contact.  Whatever the reason, I decided to change how the power distribution worked. 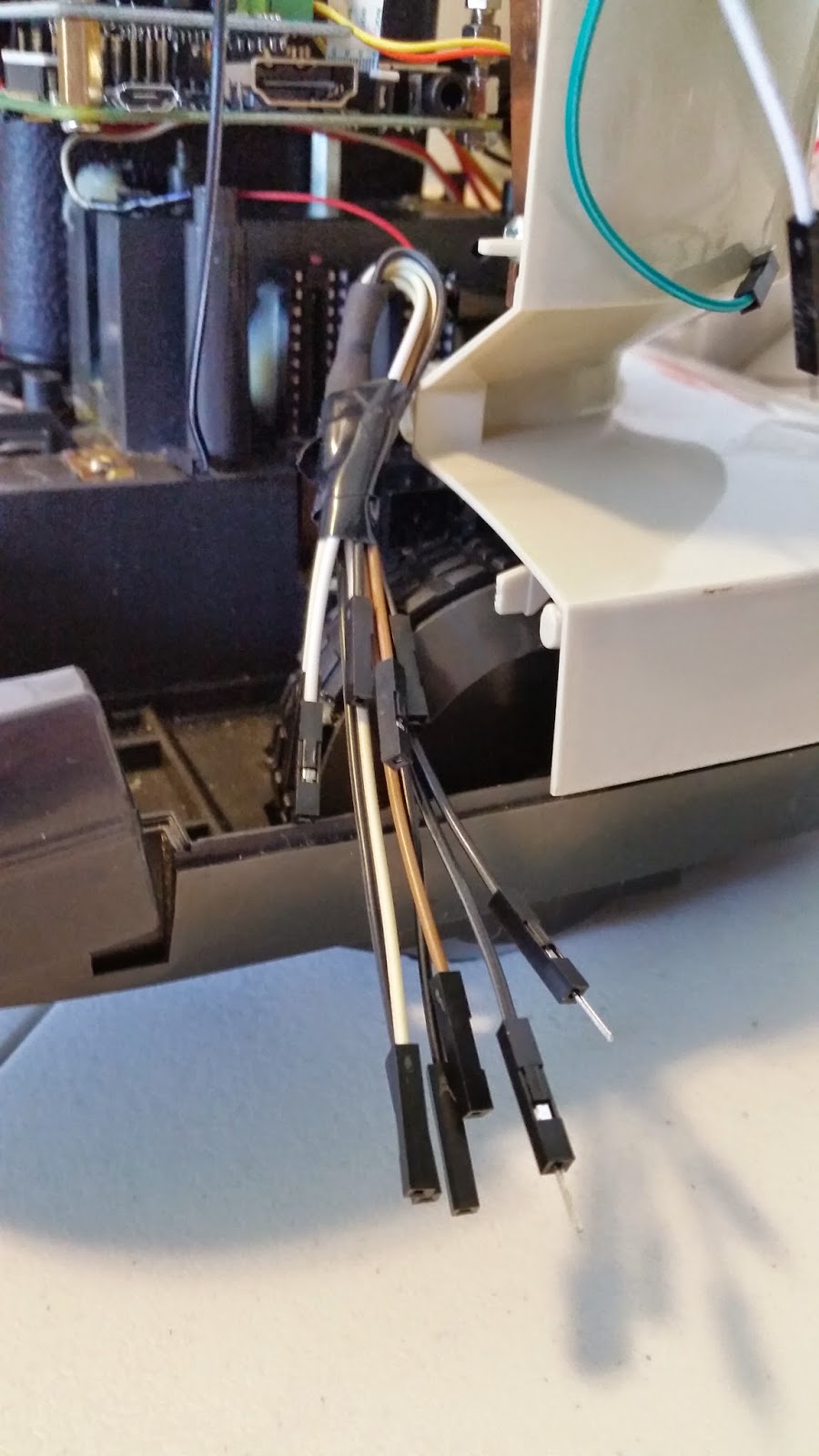 The image above is the end result. Basically I took a bunch of prototyping wires, hacked the ends off and soldered them all together. Now I have the same flexibility of being able to remove and reattach components, but with a (hopefully) better soldering job. Actually I know it's a better soldering job!

So this experience got me thinking... Maybe the reboot & WiFi dropouts I experienced earlier weren't due to lack of power but instead a grounding issue like the LED's. It was easy to check this... I simply disconnected the power pins from the voltage converter and plugged it in to the power buses.